Well, the Detroit Lions put on their best Holly Holm impersonation and knocked out the careening Green Bay Packers on Sunday. It’s worth noting that it was the Lions’ first victory at Lambeau Field since 1991. But of course, one win doesn’t change the general perception that Detroit is the worst team in football today.

Will the Lions be able to build on that shocking victory and beat the Oakland Raiders at home in Week 11? Or will the Raiders get back in the thick of the AFC wild card race with a pick-me-up win in the Motor City?

For more Week 11 game previews, you can also read our breakdown of Titans vs. Jaguars.

Betting on the Oakland Raiders (4-5)

With no idea how to stop Adrian Peterson, Oakland dropped its second-straight game on Sunday, losing to the Minnesota Vikings at home, 30-14.

[sc:NFL240banner ]The Raiders’ bumbling defense against the run allowed Peterson to lead Minnesota’s backfield that burned rubber for a mammoth 263 rushing yards. It was a sorry performance for Oakland’s stop unit that began Sunday allowing just 96.9 rushing yards per game. Fortunately for the Raiders, they won’t face Purple Jesus next week and will instead deal with the Lions’ crappy backfield that is plainly the worst in the NFL.

On offense, Carr will look to pounce on Detroit’s defense that is allowing more than 260 passing yards per game. The Lions, however, have shown its ability to perform a miracle on defense such as limiting Green Bay to only 16 points, which means Carr and company will have to take better care of the pigskin. Carr threw for 302 yards with two touchdowns against Minnesota, but also had two interceptions, including one in the end zone.

Detroit’s weak run defense, meanwhile, presents an enticing opportunity for Latavius Murray to dominate on the ground. Murray rushed for only 48 yards against Minnesota, but should be back to his usual form this Sunday. Murray leads the team with 678 rushing yards and three touchdowns.

Oakland is 3-1 ATS in its last four road games.

Betting on the Detroit Lions (2-7) 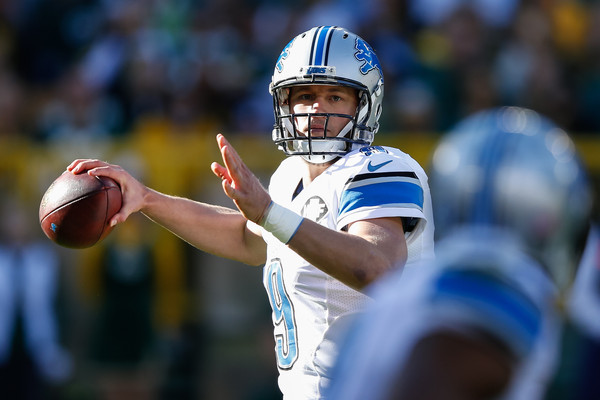 They didn’t win the Super Bowl, but boy, the Lions deserve a parade downtown Detroit when they beat long-time tormentor Green Bay on Sunday, 18-16. It was their first win over the Packers in 24 long years.

Despite the big win over their rivals, the Lions’ play against Green Bay still left so much to be desired. Take for example their running game that continues to let the offense down. Up against one of the league’s worst defenses against the rush, Detroit’s backfield was only able to pick up 45 yards on 26 attempts. That ineptitude on the ground may very well continue next week against Oakland, which ranks inside the top 10 in terms of rushing defense.

In any case, Matthew Stafford should be able to create plays against Oakland’s league-worst defense against the pass. Stafford threw for 242 yards and two touchdowns with an interception on 24 of 38 passes against the Packers.

Calvin Johnson led the team with 81 receiving yards, albeit without a score, while Golden Tate had 52 receiving yards on four catches. The two touchdowns were instead vulture by Lance Moore and Brandon Pettigrew. These secondary options in the passing game play a big part in Detroit’s passing offense that averages 268.1 yards per contest.

One big positive takeaway for Detroit against Green Bay was the marked improvement of Stafford’s protection unit. Stafford was sacked 13 times in the previous two games, but wasn’t taken down by the Packers. Securing Stafford in the pocket is paramount for Detroit even against Oakland’s so-so pass rush.

The over is 3-0 in Detroit’s last three home games.