There’s just no stopping the Panthers right now. Carolina extended its regular-season win streak to 13 games with an emphatic victory over Washington on Sunday. They will look to stretch that unbeaten run even further when they take on the resurgent Washington Redskins in a mouth-watering showdown at Bank of America Stadium.

Who will emerge victorious in this pivotal clash? Read on below for a preview of this NFL showdown and while you’re at it, you can check out our Week 11 previews of Indianapolis vs. Atlanta and Tennessee vs. Jacksonville.

Betting on the Washington Redskins (4-5)

The Washington Redskins returned to winning ways Sunday with a resounding 47-14 victory over the New Orleans Saints. It was a fantastic win by the Redskins, who moved to within a half-game of the New York Giants for the NFC East lead. The 33-point margin of victory was Washington’s largest since beating the San Francisco 49ers, 52-17, in 2005.

[sc:NFL240banner ]Washington’s emphatic win wouldn’t be possible without the heroics of Kirk Cousins. He completed 20-of-25 passes for 324 yards, a career-best four touchdowns and no interceptions. It was an incredible performance by Cousins, who registered a perfect passer rating of 158.3.

Also stepping up big time for the Redskins was Matt Jones. He finished the game with 187 total yards and a touchdown.

Their excellent play will serve Washington in good stead ahead of its weekend showdown with Carolina. However, the Redskins will have their work cut out for them against the Panthers, as they have been unstoppable at home of late. Carolina is a perfect 5-0 at Bank of America Stadium this season.

For the Redskins to record a major shock this coming Sunday, they will need to find a way to stop Cam Newton. He was spectacularly efficient in Carolina’s win against Tennessee, completing 81 percent of his passes. That will be a major concern for the Redskins, who are allowing a whopping 370.3 total yards per game this season, 21st in the NFL.

With Newton firing on all cylinders right now, the onus is on Cousins to go toe-to-toe with the former Heisman Trophy winner. For Washington to stand a chance against Carolina, they need Cousins to play a highly efficient game. In the Redskins’ four wins this year, Cousins has not thrown a single interception. Compare that to their five losses this campaign, wherein he has been picked off a total of nine times.

Betting on the Carolina Panthers (9-0) 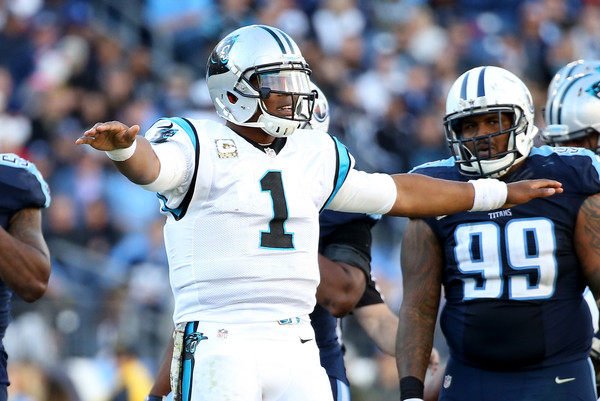 The Carolina Panthers will head to their showdown with Washington with momentum on their side after beating the Tennessee Titans, 27-10, on Sunday. It was another impressive victory for the Panthers, who improved to 9-0 for the first time in their 21-year franchise history.

To no one’s surprise, it was Cam Newton once again who grabbed the headlines for the Panthers against the Titans. He finished the game with 217 yards passing and a touchdown to give the Panthers a three-game lead in the NFC South standings. Newton was particularly dominant in the opening half where he completed his first 11 passes – the longest streak of his career.

They will look to sustain the momentum of that huge win when they take on the Washington Redskins this coming Sunday. For the Panthers to preserve their unblemished slate, they will need to continue to their excellent play on the defensive end. The Carolina defense was tremendous on Sunday, holding the Titans scoreless in the second half.

The Panthers are sixth in the NFL in scoring defense, allowing just 19.4 points per game this season. They will have their work cut out for them, however, against a Redskins offense that erupted for 47 points in their win against New Orleans on Sunday.

The Panthers are 3-2 ATS at home this season.