With Saturday night’s win over the Philadelphia Eagles, the Washington Redskins have clinched their division title and will be experiencing some playoff action for the first time since the 2012 season. But before that, the Redskins still need to take care of business for their regular-season finale when they travel to Texas for an intriguing encounter with the Dallas Cowboys. Can Kirk Cousin and co. stay hot and sustain their momentum heading into the playoffs?

Read on below for an in-depth breakdown of this NFC East showdown. And while you’re at it, check out our other  preview of the Titans vs. Colts.

Betting on the Washington Redskins (8-7)

The Washington Redskins successfully secured a ticket to the postseason and their first NFC East championship in three years after a 34-28 triumph over the Philadelphia Eagles, who are now officially eliminated from playoff contention, on Saturday night. Starring in that game was none other than their quarterback, Kirk Cousins.

[sc:NFL250 ]Cousins was on his A-game all night long as he completed 31 of his 46 passes for a season-high 365 yards along with four touchdowns, including two to Jordan Reed, who hauled in 9-of-11 targets for a game-high of 129 yards.

Moving forward, the Burgundy and Gold will now look to cap off their impressive campaign and garner more momentum for the playoffs in their Week 17 showdown with the Dallas Cowboys at the AT&T Stadium this coming weekend. Washington is 3-7 SU and 7-3 ATS in its previous 10 meetings against them.

Key to their success will undoubtedly depend on their passing game, which is averaging 253.6 passing yards per contest this season. That said, the onus is Cousins to make sure that the trio of pass-catchers in Jordan Reed, Pierre Garcon and DeSean Jackson get their touches.

Reed and Garcon currently lead the team in receiving yards with 907 and 728 respectively and both also have 16 touchdowns combined on the year. Jackson, on the other hand, has been forming a strong connection with Cousins as the 29-year-old wide receiver has 382 yards on 20 receptions with three touchdowns in the past five games. That stretch includes his outburst against the Buffalo Bills in Week 15, during which Jackson caught 6-of-8 targets for a season-high of 153 yards and a touchdown.

It’s worth noting, though, that Washington might have its work cut out for them opposite a solid Dallas secondary defense (223.0 yards given up per game). If the Redskins do struggle, their ground game could be the difference-maker in this matchup and all eyes will be on RB Alfred Morris, who owns a team-best of 651 yards rushing, to make his presence felt. 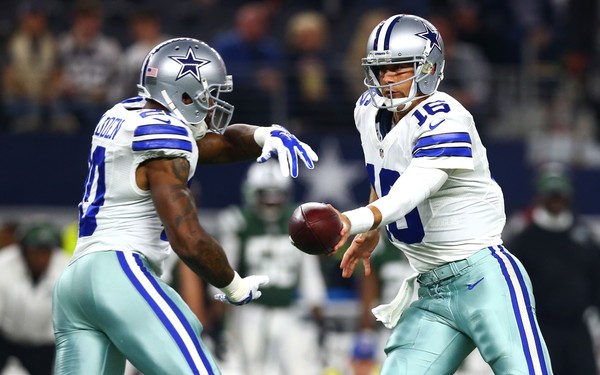 The Dallas Cowboys continue to falter without their injured quarterback in Tony Romo. They were handed their third-straight setback and their fourth loss in five games by the Buffalo Bills, who beat them 16-6. The Cowboys were completed outgained on the ground, 236-121, and the pair of Mike Gillislee and Karlos Williams led the way with 169 yards on 26 carries with two scores combined.

Furthermore, the Buffalo defense also made its presence felt by holding Dallas touchdown-less and scoreless in the second half. QB Tyrod Taylor also provided a decent effort with 179 passing yards (13-of-18) and added 67 yards on 14 rushes.

Looking ahead to their regular-season finale, the Cowboys will hope to cap off their forgettable and injury-filled campaign with a much-need win when the playoff-bound Washington Redskins pay them a visit this weekend at the AT&T Stadium. Dallas is 0-5 SU and 1-3-1 ATS in its previous five home games.

That’ll be easier said than done, but the Cowboys can accomplish this by putting their trust on Darren McFadden to penetrate the Burgundy and Gold’s shaky front seven (124.1 yards surrendered per game).

McFadden, the veteran running back, can definitely do so as he currently leads the team with 997 yards rushing with three touchdowns across 15 games this season. He’s also reached the 100-yard mark five times during that stretch.

Washington wins, 20-13. Create a betting account now and cash in on all the NFL regular season action.