There’s not much to choose between Oklahoma and Villanova. Both are No. 2 seeds, both are great on both sides of the ball, and both are coming off impressive wins over their region’s No. 1 seed. The initial odds reflected just how evenly-matched those two teams are. But what did the betting public have to say in terms of activity and how did that affect the spread and over/under lines?

Let’s find out below as we check out the spread and total line changes that have occurred in the Oklahoma vs. Villanova Final Four. Also, don’t forget to check out the line movement for the UNC vs. Syracuse matchup.

Did the line move?

Villanova opened as a 1- to 1.5-point favorite, and that line has since moved to 2. TopBet, though, was one of the few sportsbooks to open at Villanova -2, and after a quick shift up to 2.5 it has settled back down to -2.

The totals line has seen a more significant shift. After opening at 149.5, it has since been bet all the way down to 145, which is also where TopBet now has it.

Judging by the very slim spread, oddsmakers see this game as a toss-up. Both teams have been very impressive in the tournament. Villanova blew out its first three opponents before knocking out top overall seed Kansas. Meanwhile, Oklahoma brought down No. 3 Texas A&M and No. 1 Oregon by double-digits. Both teams are very capable on both sides of the ball, and both can get hot from beyond the arc.

The line’s shift to the Wildcats is telling, though, and indicates that most bettors see them as the better overall team. The advanced stats agree with that assessment, as KenPom.com ranks Villanova with the edge in terms of adjusted offensive (4rd vs. 13th) and defensive (8th vs. 13th) efficiency over Oklahoma.

The two teams’ elite defensive play is most likely the reason why bettors have hit the under hard despite all the three-point shooting on the court.

Create a betting account now and cash in on the most up-to-date Final Four spread and over/under lines.

Who will cover and why? 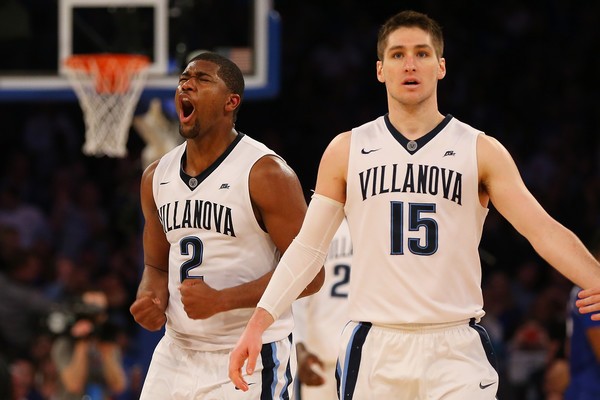 There’s certainly a strong case to be made for the Sooners. Oklahoma blew out Villanova in their regular season meeting back in December. Meanwhile, Buddy Hield has been a man possessed in the tournament, averaging 29 points per game.

However, Nova shot an unfathomable 4-of-32 from downtown in their loss to the Sooners. You’d have to think the Wildcats, who are shooting 47 percent from three in the tournament, won’t have another shooting night quite that bad. Nova’s knack of forcing extra possessions could also be crucial, especially in a game that figures to be decided by at least two points.

Meanwhile, both teams’ ability to get hot from beyond the arc means this game has all the potential to turn into a shootout, which would send it over the total of 145.