This sounds like an NFL game, but no. After all, both teams are going to play in the postseason. Coached by the legendary Jim Larranaga, the Miami Hurricanes are dreaming of a deep run in the tournament. Everything begins for the ‘Canes this Thursday when they go up against reigning MAC tournament champion Buffalo Bulls. Can the Hurricanes beat the 2015-16 Bulls? Or will Buffalo shatter millions of brackets?

For more March Madness previews, you can check out our breakdown of Xavier vs. Villanova and Iowa State vs. Iona.

March Madness No. 3 Miami vs No. 14 Buffalo Preview

Betting on the Miami Hurricanes

For all its big wins in ACC play, there’s still a feeling that Miami is a team flying under the radar. Nevertheless, the Hurricanes can play and they’re dead set on achieving their lofty goal in the tournament.

The main thrust of Miami is its pair of senior guards in Sheldon McClellan and Angel Rodriguez. The experience of those two players should prove valuable especially in a knockout-format tournament, where poise and control are coveted qualities. Speaking of which, one has to like Miami’s great care of the basketball as the Hurricanes commit just 10.6 turnovers per game.

McClellan leads the ‘Canes with 15.8 points per game, while Rodriguez chips in 11.7 PPG to go with 4.4 APG. Both should be able to make dents on Buffalo’s generous defense that allows 75.9 PPG.

Miami also has a third guard option in junior Davon Reed. Reed recently had a terrific five-game stretch in which he averaged 16.8 points before coming up with a dud—a three-point outing in a 73-68 loss to Virginia on March 11. He can rediscover his shooting touch (and confidence) versus 15-seed Buffalo.

Also looking to bounce back is big man Tonye Jekiri, who only had two points in the Virginia game. The seven-footer should be able to carve out space against Buffalo, which doesn’t have a player to match his size. Jekiri is averaging 8.0 points, 8.9 rebounds, and 1.1 blocks per game.

Betting on the Buffalo Bulls 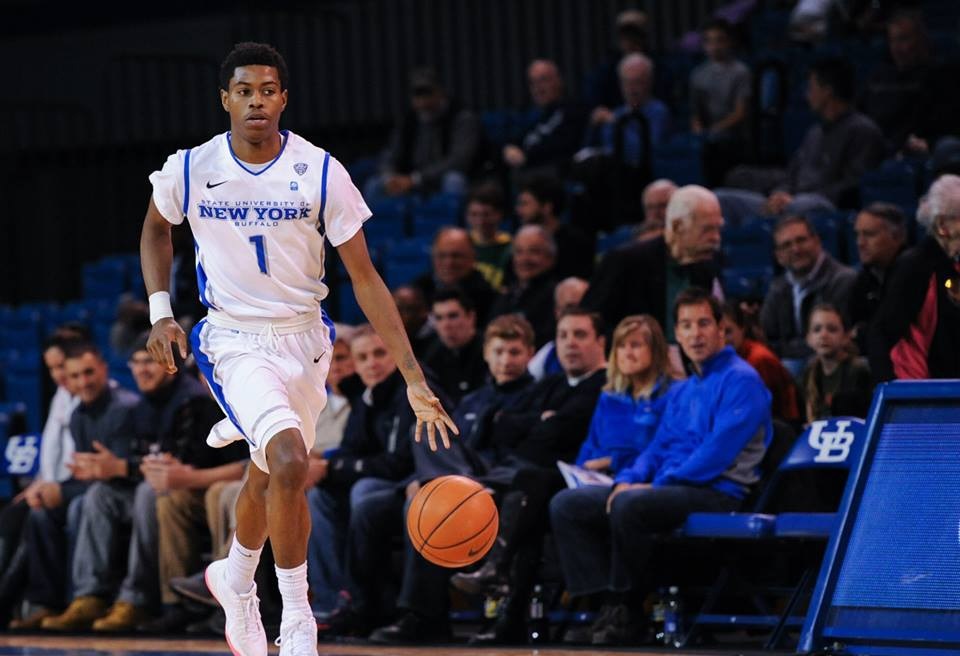 Don’t count out Buffalo in this game. The Bulls are one aggressive team, particularly on the boards, as they are one of the best rebounding teams in the nation.

Ranked 47th in nation with 38.9 boards per game, the Bulls need to be focused in order to keep in step with the heavily favored Miami squad. Since the pressure is mostly on Miami’s shoulders, the Bulls could certainly benefit from a strong start to rattle the ‘Canes. That’s going to be easier said than done, but Lamonte Bearden and Blake Hamilton do have the talent to lead the Bulls into doing just that.

Bearden is averaging 13.6 points and 4.2 assists per game, while Hamilton is putting up 13.1 points and grabbing 7.0 rebounds per game. Bearden doesn’t shoot well from the outside (25.0 3FG%), but his passing skills allow him to find open shooters like Hamilton (1.5 threes per game) and Jarryn Skeete (1.7 3PM/G).

Buffalo’s aggressiveness has also translated to a lot of offensive rebounds, while helping the team fish a number of fouls.The Bulls are averaging 10.5 offensive boards and are making 17.6 free three throws per game, which is 30th most overall.

Buffalo is 4-0 SU and ATS in its last four games overall.