After putting together arguably the most dominant performance in Final Four history against Oklahoma, is there still any doubt that Villanova is national championship material? The Wildcats have opened as +2.5 underdogs against North Carolina, but they have three important tools in their arsenal that will win them that national title over the Tar Heels.

Let’s take a better look at what those three are, and the key stats that will make them so crucial. Meanwhile, don’t forget to check out the other side with our breakdown of the North Carolina Tar Heels.

Nova’s three-point shooting in the tournament has been simply out of this world. The Wildcats have gone a combined 48-98 (49 percent) from beyond the arc through their first five games, quite a step up from the 36 percent they shot during the regular season.

It doesn’t take a rocket scientist to figure out three is greater than two, which is the shot North Carolina relies on. The Tar Heels are virtually nonfactors from beyond the arc, giving Nova a distinct advantage on that part of the game.

Add the Tar Heels’ struggles defending the three-point shot all season—they were ranked in the 200’s on the season in opponents’ three-pointers made and attempted per game, as well as three-point percentage—and the Wildcats should be able to counter UNC’s superior inside presence with their long-range shooting. 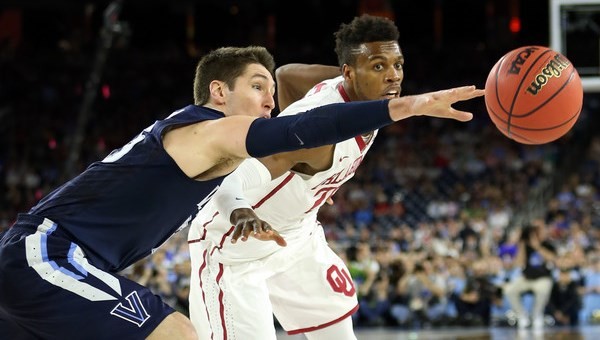 The Wildcats’ swarming defense has been spectacular throughout the tournament. They still haven’t given up 70 or more points in any game (granted, they do play at a slow pace) and held the explosive offenses of Kansas and Oklahoma to a total of 110 points.

A big part of that success on the defensive end has been their ability to simply take the ball away from their opponents. They were one of the best at forcing turnovers during the regular season, but they’ve taken it to an entirely different level in the tourney.

They’ve forced three of the most efficient offenses in the country—Miami (FL), KU and OU—to cough the ball up 45 times, which is an incredible rate given the slow pace of their games. If there’s a defense that can get some extra possessions from a very turnover-averse UNC offense, it’s Nova’s.

Ryan Arcidiacono gets the exposure as the face of Villanova while Josh Hart is the high-scoring wing man, but Daniel Ochefu is undoubtedly the team’s most indispensable player. The 6-11 senior is not only one of the team’s leaders, he’s also a consistent post threat, and the anchor of their incredible defense.

Ochefu’s importance in the matchup against UNC cannot be emphasized enough. As the team’s primary big man, it’ll be his responsibility to keep the Tar Heels off the offensive glass, which no team has been able to do in the tournament.

Ochefu tweaked his ankle in their win over Oklahoma, but he hardly showed any ill-effects after returning from a brief exit. Ochefu’s a tough dude, though, certainly tough enough to overcome any lingering injury. He’s also good enough to prevent his team from getting completely smoked on the glass, which is all Nova can realistically ask for against UNC.

Convinced that Villanova’s three-point shooting can topple the Tar Heels? Create a betting account now and cash in on the Wildcats to win the 2016 national title.