Villanova and Oklahoma are just two wins away from the national championship. The pair of No. 2 seeds are fresh off huge wins over No. 1 seeds Kansas and Oregon to reach the Final Four. They now meet for the second time this season in Houston, with the Wildcats keen to avenge the big non-conference loss they suffered at the hands of the Sooners.

Can the Cats’ balanced attack carry the day, or will Sooners superstar Buddy Hield go supernova all over Villanova? Get a full breakdown of this captivating Final Four matchup below. Meanwhile, check out our preview of the other Final Four between Syracuse and North Carolina here.

March Madness No. 2 Villanova vs No. 2 Oklahoma Preview

Betting on the Villanova Wildcats

The Villanova Wildcats have been simply outstanding in the tournament. After blowing out their first three opponents – UNC Asheville, Iowa and Miami (FL) – by an average of 27 points, they proceeded to knock out the No. 1 overall seed Kansas, 64-59, in the South Regional final. Villanova is a perfect 4-0 ATS in this year’s tournament.

The Cats’ trademark balanced offense has been excellent throughout. They’re averaging 82 points in the tournament with at least four players scoring in double figures in each of their four tournament games.

Senior point guard Ryan Arcidiacono has been arguably the standout performer of the bunch, averaging 16 points on a blistering 63 percent shooting from the field and 59 percent from three.

However, the Wildcats’ reliable defense will be the key for them to beat the high-scoring Sooners. The Wildcats D still hasn’t given up 70 or more points in the tournament, and has forced all four opponents to double-digit turnovers.

They forced turnovers on a whopping 22 percent of Kansas’ possessions, and should be able to do something similar against a Sooners offense that gives the ball away on close to 16 percent of its possessions.

Villanova forced Oklahoma to 14 turnovers in their regular season meeting, but was blown out, 78-55. However, don’t expect the Wildcats offense to once again be held to 32 percent shooting from the field and 4-of-32 from beyond the arc.

Create a betting account now and cash in on all the awesome March Madness action. 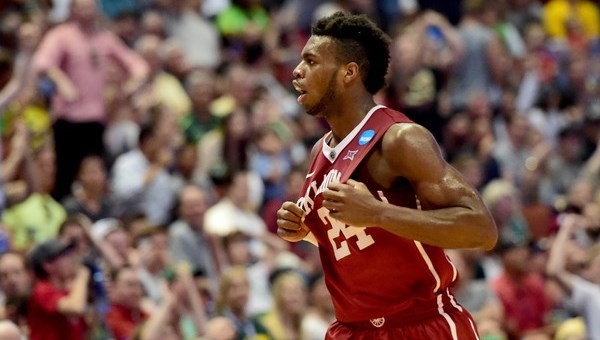 Buddy Hield has been hands down the player of the tournament thus far. The sweet-shooting senior has averaged 29 points through the first four tournament games, including 37 big points on 8-of-13 shooting from downtown in Oklahoma’s 80-68 win over No. 1 seed Oregon in the West Regional final.

After failing to cover in its last seven games, Oklahoma has now gone 2-0 ATS in its last two.

Hield is quite capable of winning games by himself on any given night, but the Sooners made it all the way to the Final Four because he’s had a lot of help. Jordan Woodard is averaging close to 17 points per game, while Isaiah Cousins is still putting up 11 PPG despite struggling in his last two games.

Hield is going to get his, so it’ll be up to his supporting cast to pitch in. That’s exactly what they did when they blew Nova out in December. Cousins had 19 points in that game, while Woodard and senior Ryan Spangler also scored in double figures.

The Sooners shot a sizzling 14-of-26 from beyond the arc in that first meeting with Villanova. With the way they’ve been shooting the three-ball recently (23-of-49 over their last two games) coupled with Wildcats’ struggles defending the three, Hield and co. should continue to find joy from behind the arc.

Villanova’s (-2.5) defense slows down Oklahoma’s supporting cast enough to get the 71-65 win.