Not much has gone the Oklahoma State Cowboys’ way this season. They are yet to win consecutive games in Big 12 play and are barely ahead of cellar-dwelling TCU Horned Frogs in the conference standings.

With a hellacious schedule in front of them, one that features four ranked teams, will the Cowboys eke out at least one upset victory?

They have a chance of doing just that later tonight against their bitter rivals in the No. 3 Oklahoma Sooners, who are looking to move further away from a recent two-game skid.

Read on for more about this game. You can also check out our preview of Wisconsin vs. Iowa.

The Cowboys could only go so far without Phil Forte and Jawun Evans. Without its top two scorers—Forte since November 19 and Evans since February 6—Oklahoma State has gone 1-5 SU over its last six games. That stretch includes the Cowboys’ 71-61 loss to Texas Tech on Saturday.

The Cowboys’ offense has obviously taken a hit because of those injuries, as they’ve scored more than 61 points just once in six games this February.

While they hung around with Oklahoma in the first meeting with the Sooners—losing only by two points, 74-72 on January 13—that game is practically void in terms of defining how this Wednesday’s matchup will shape up. That’s because the Cowboys were carried in that game by Evans, who had 42 points on 18-for-31 shooting in an absurd one-man show in Stillwater.

With Evans sidelined, the Cowboys need the likes of Jeff Newberry, Leyton Hammonds, and Tavarius Shine to provide much of the offense.

Newberry has definitely stepped up in light of Evans’ injury, as the senior guard has averaged 15.0 points over the last three games. On the season, he is putting up 11.1 points per contest.

Hammonds, who scored 15 points against Texas Tech, figures to play a larger role than in the earlier matchup with Oklahoma in which he scored just five points. Shine, meanwhile, has proved to be an asset off the bench, as he’s chipped in 10.3 points in the last three games.

The under is 3-1 in the Cowboys’ last three road games. They are averaging 68.6 points per game this season. 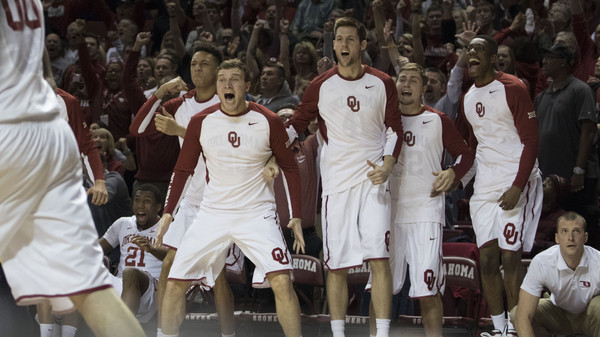 It’s back to normal for the Sooners, as they bounced back from consecutive defeats by taking down No. 10 West Virginia on Saturday, 76-62. It must also be comforting for them to see Buddy Hield go lights out again after a subpar 16-point effort in their 65-63 loss to Texas Tech last Wednesday. Hield led Oklahoma with 29 points against the Mountaineers.

Facing Oklahoma State and its lousy defense again, Hield is expected to carve out yet another stellar performance. In the previous meeting with the Sooners, Hield led the Sooners with 26 points on 10-for-17 shooting, including 6-for-12 from beyond the arc.

Hield is tops in the Big 12 in scoring and second in the nation with 25.4 points per game, and reaching that number could come with ease against the Cowboys’ defense that has allowed their last three opponents to score 73.3 points on 46.1 percent shooting.

Hield should also enjoy ample support from the Sooners’ other offensive weapons such as Isaiah Cousins, Jordan Woodard, and Ryan Spangler. The trio had 36 total points in the January win over Oklahoma State.

Khadeem Lattin, meanwhile, anchors the Sooners’ defense inside. Lattin leads the Big 12 in blocks with 2.4 swats per game. He had six rejections against West Virginia.