What better way to launch the week on a strong note with a pair of college basketball games that’s guaranteed to set your Monday night ablaze?

Our first game features the seventh-ranked Virginia Cavaliers looking to get back on the winning track when they play host to the struggling NC State Wolfpack, who have lost four of their last six games. Later on, the action moves to Allen Fieldhouse, wherein the No. 6 Kansas Jayhawks and Oklahoma State Cowboys lock horns for the second time this season.

Let’s now take a brief look at these two appetizing matchups. And if you’re also into hockey, click here for our complete analysis of the Dallas Stars vs. Nashville Predators.

The Wolfpack will be heading into this encounter coming off a resounding 11-point triumph over Wake Forest. Starring in that game was none other than Anthony Barber, who put up a career-best 38 points on 10-for-20 shooting. But Barber and co. might have their work cut out for them this time around as they’ll be facing a Cavaliers’ defense that’s only allowing 59.8 points this season, the second-lowest in the nation.

As for the seventh-ranked Cavaliers, they’ll be looking to quickly regain some of their moment back after a stunning 63-62 road loss to Duke on Saturday. The Cavaliers, who have won eight of the previous 10 meetings against the Wolfpack, will definitely be putting their trust on the pair of Malcolm Brogdon and Anthony Gill to lead their attack from the get go. Both have been the team’s most reliable scorers this season, averaging 17.7 and 14.2 points per contest. 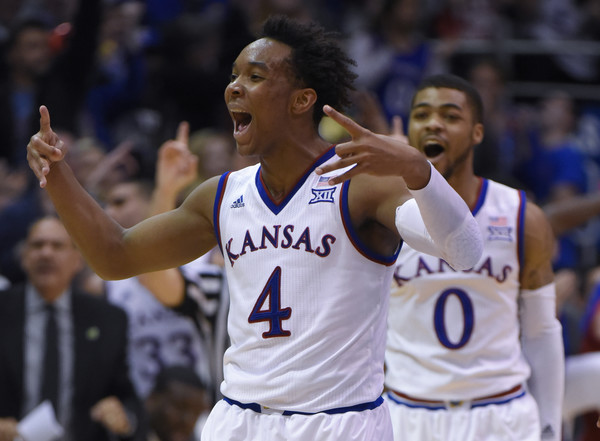 Oklahoma State finally managed to end its three-game slide by outlasting Kansas State on Saturday, 58-55. Leading the charge for the Cowboys was the pair of Leyton Hammonds and Jeff Newberry who combined for 23 points and 16 rebounds. The two will now look to help their squad build on their momentum when they pay the sixth-ranked Jayhawks a visit at the Allen Fieldhouse tonight.

Speaking of the Jayhawks, they’re the clear favorites to win this one. Kansas is fresh off a thrilling 76-72 win over No. 3 Oklahoma, during which Devonte Graham stole the show from Buddy Hield by scoring a game-high and a career-high 27 points on 8-for-13 shooting. It’ll be intriguing to see if Graham and the rest of his teammates can impose their will on offense again versus a Cowboys defense that’s giving up 65.9 points this season.

Click here for our comprehensive preview of this clash.

Create a betting account now, and don’t miss to bet on these two high-quality matchups.