From first- and second-round fodder, Villanova is now bound for the Final Four. The Wildcats have been outstanding thus far in the tournament, but are they really good enough to get the last two wins needed to claim their second-ever national title?

Let’s break down this Wildcats team, specifically why they’ll get past their Final Four opponent, and why they’ll go on to win it all this year, with some key stats to back those up.

In the meantime, don’t forget to check out our breakdowns of the other three Final Four teams: Oklahoma, Syracuse and North Carolina.

Why Villanova will beat Oklahoma

Buddy Hield and Oklahoma have been lighting up the tournament, but Villanova should have no problem getting into a shootout with Sooners. The Wildcats averaged 88 points through the first three rounds of the tournament, and have a wide array of options that can do damage on offense.

Each of their big four – Josh Hart, Kris Jenkins, Ryan Arcidiacono and Daniel Ochefu – has averaged double-digit scoring in the tournament, with any of the four capable of going off offensively. They can also go toe-to-toe with the Sooners from beyond the arc if needed. They average 8.6 made threes per game, inside the top 50 in the country.

However, the Wildcats can also win ugly with some good old-fashioned defense, just like in their 64-59 win over Kansas. The Cats rank 15th in the nation in scoring defense (63.6 points per game), and are one of the best in forcing turnovers.

Why Villanova will win it all 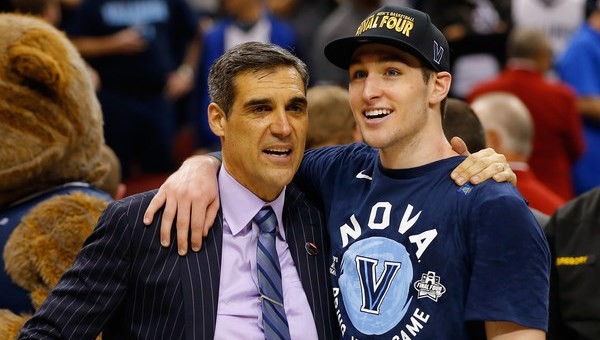 Villanova may just be the most complete team left standing. The Wildcats have been exceptional on both ends of the court this season, and are the only team aside from Kansas (whom they recently beat) and Virginia that’s ranked in the top 10 in both adjusted offensive and defensive efficiency per KenPom.com.

The Wildcats also have the tools necessary to match-up well with whichever team comes out of the other Final Four matchup.

If they face North Carolina in the title game, they’ll have the decided edge in terms of long-range shooting. They also have a towering presence in the paint with 6-11 Daniel Ochefu, who can battle with UNC’s big men and minimize the damage the Tar Heels can do on the glass.

And if they face Syracuse, they have the outstanding passing ability (16.2 assists per game) and consistent shooting needed to break the Orange’s patented 2-3 zone defense.

Three-point shooting has been big for Villanova in the tournament. The Cats shot a respectable 35 percent from three during the season, but raised that up to 53 percent (33-of-62) over the first three rounds. They don’t live and die by the three, though. They still beat Kansas despite shooting just 4-of-18 from beyond the arc.

Meanwhile, turnovers are a crucial part of their game on defense. They’ve forced turnovers in 18 percent of opponents’ possessions on the season. During the tournament, they’re grabbing nearly 14 turnovers per game, including 16 in a slow-paced game against Kansas.

That lethal combination has gotten them this far, and it’ll be key in ultimately winning them the national title.

Confident in Villanova’s chances of victory in the Final Four? Then create a betting account now and win big on the Wildcats.