The 2015 Iron Bowl between the No.2 Alabama Crimson Tide and Auburn Tigers will be the 80th rendition of the long time rivalry. The Tide currently lead the all time standings 43-35-1 and are heavily favored to boost their win count to 44.

The Tide are currently -14.5 point favorites and for good reason. They are currently ranked Number 2 [sc:NCAA240banner ]in the country and are currently riding an eight game win streak. A win streak which emphatically continued last week thanks to their 50-point stomping of Charleston Southern.

If you’d like a little more info, you can always check out our full Alabama-Auburn rivalry game preview here. Or if you have a little rivalry fever, make sure to also check out our Apple Cup Preview, Iron Bowl Preview, Civil War Preview and Egg Bowl Preview while you’re at it.

The rivalry first began on February of 1893. Auburn took the inaugural win by a score of 32-22 in a game that I’m sure we all remember. In their latest tilt last year, Alabama prevailed by a score of 55-44. As mentioned earlier, Bama leads the all-time series and is projected to win again in 2015. There are still high hopes for Auburn though because this could be the biggest game of their season. They’re also 5-5 in the last ten Iron Bowls and could definitely use a boost to finish out their season strong. 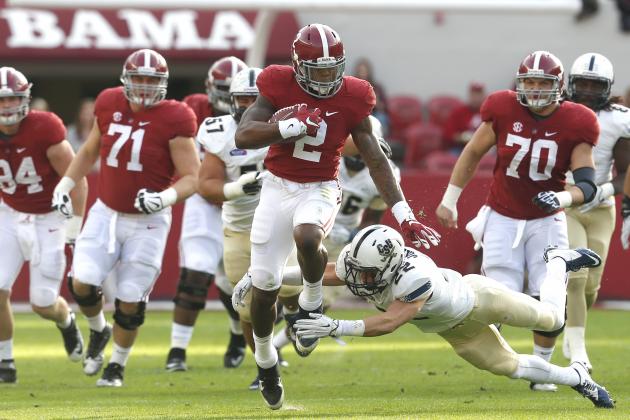 The Tide need to keep their defense mighty. It shouldn’t be too tall of a task considering the way they’ve been playing as of late. They are currently third among FBS schools allowing just 14.5 points per game. Alabama has also won four of the last five Iron Bowl meetings and by hefty scores as well. All but once have they scored under 30 points, and that came was five years ago. Ever since, the Tide have burned Auburn for a ton of points through the air and have also been very strong on the ground. Counting in the Tide’s improved special teams this season and it could be a messy game if you’re a Tigers fan. 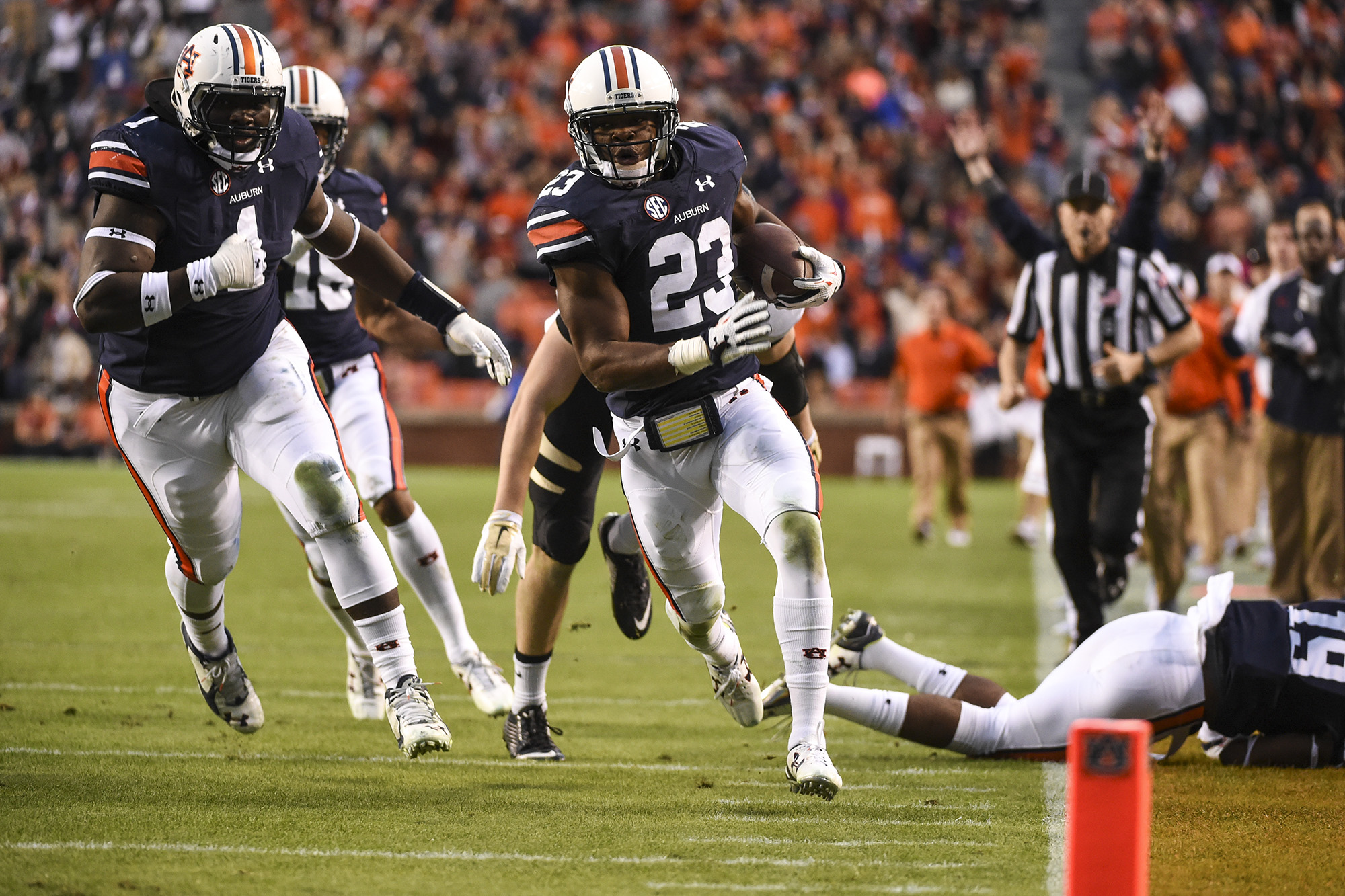 Betting on Auburn outright would be a risky move. Against a 14.5 point spread though…well you may have something there.

The Tigers put up a great performance last week taking out Idaho 56-34. What won the game for the Tigers was their ground attack. For the third consecutive time the jungle cats rushed for over 200 yards, with Jovon Robinson leading the way with 99 yards on 15 carries and a touchdown.

Auburn will need to be fantastic from top to bottom in this game, if they want to come out victorious. With that said, they’ve been averaging 28.5 points per game this season. So of all bets, the Over-Under could be in their sites.